Secure payments through Paypal...
Go for the AI Media Bundle!

Secure payments through Paypal...
“Create Fresh, Professional Art, Text,
and Music Using the Revolutionary
Power of AI Robots!”
Leave Your Competitors in the Dust Using AI Technology SO Advanced, It Had to Be Approved By Congress!
From the Virtual Desk of Tony Laidig!
RE: Using AI-Generated Media for Your Products...
One of the greatest challenges that many content creators face is the ongoing need to consistently generate NEW content. We need art and illustrations for books and POD products, text for our books, articles, and sales copy, and fresh music for our videos. Of course there are MANY stock sites and other resources to get this content...but it can get super expensive.
“Enter A.I. Robots!”
Over the past few years, I've been tracking an emerging technology that has crazy implications to MANY different types of media creation, from art and music to writing and more! As a matter of fact, this AI-based technology is SO powerful, it's developers had to meet with Congress TWICE to assure them that, while the AI technology COULD be used maliciously, the benefits would ultimately outweigh the negatives. This company EVEN delayed the release of the full dataset specifically due to internal concerns over misuse! It's THAT powerful!
Here's Why This Should Matter to YOU!
The Economist, The New York Times, and Wired all refer to data as the oil of the digital era. I tend to see it more as PURE GOLD...and the RUSH is on! So you might be wondering, “Is this technology good enough that an article or books would sound like a human wrote it or that an illustration looks like it was created professionally?”
Good Question...
Believe or not, MOST news agencies and tech companies (all the biggest names) are ALREADY using this AI technology to write articles. For example, the Washington Post has published over 850 articles written using AI tech. Chase, Adobe, and others are using it as well! And then there are the illustrations. AI is being used to generate photorealistic human beings that do not even exist. The website ThisPersonDoesNotExist.com perfectly highlights what is possible.
To give you some additional insight and examples, below are some illustrations, writing, and music I have created using AI technology. I think you will agree...it's mind-blowing!
All Images Are Unedited... 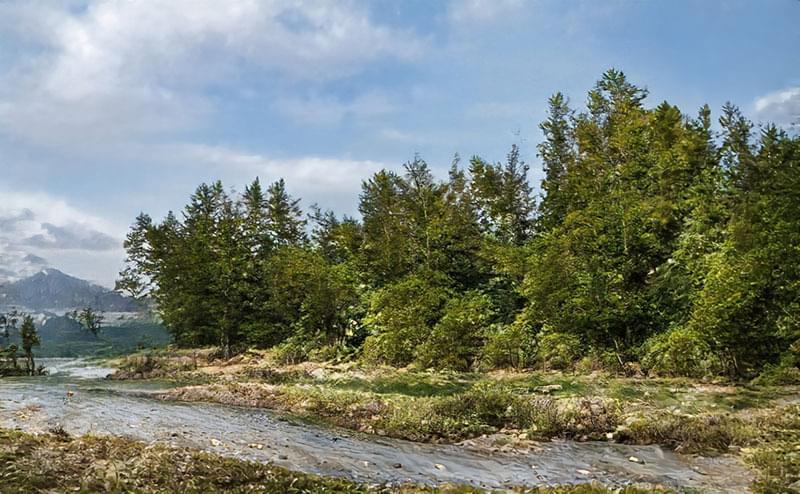 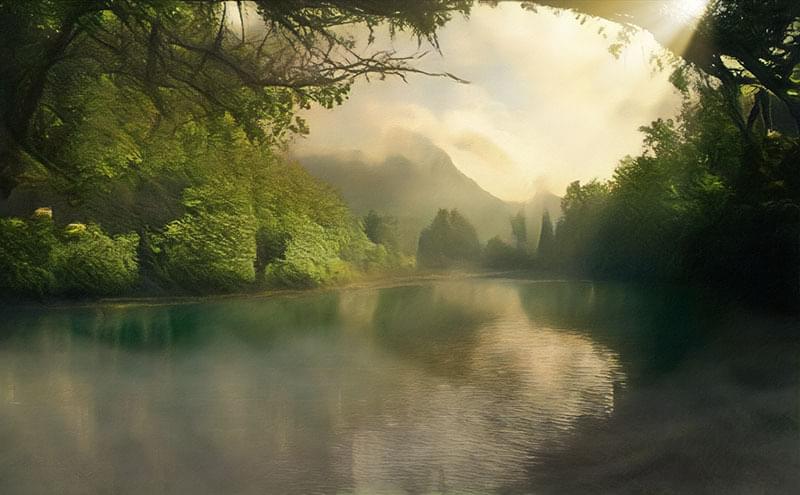 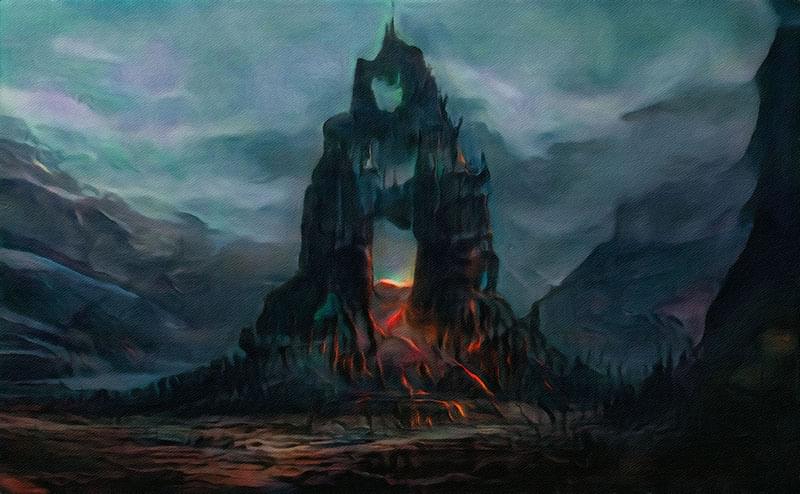 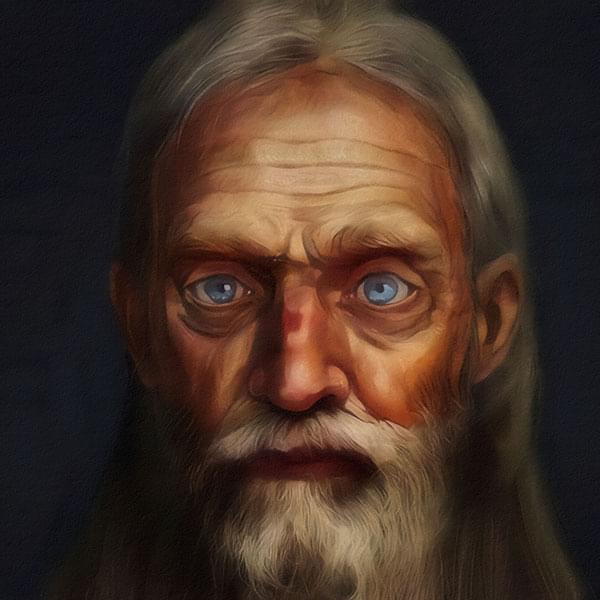 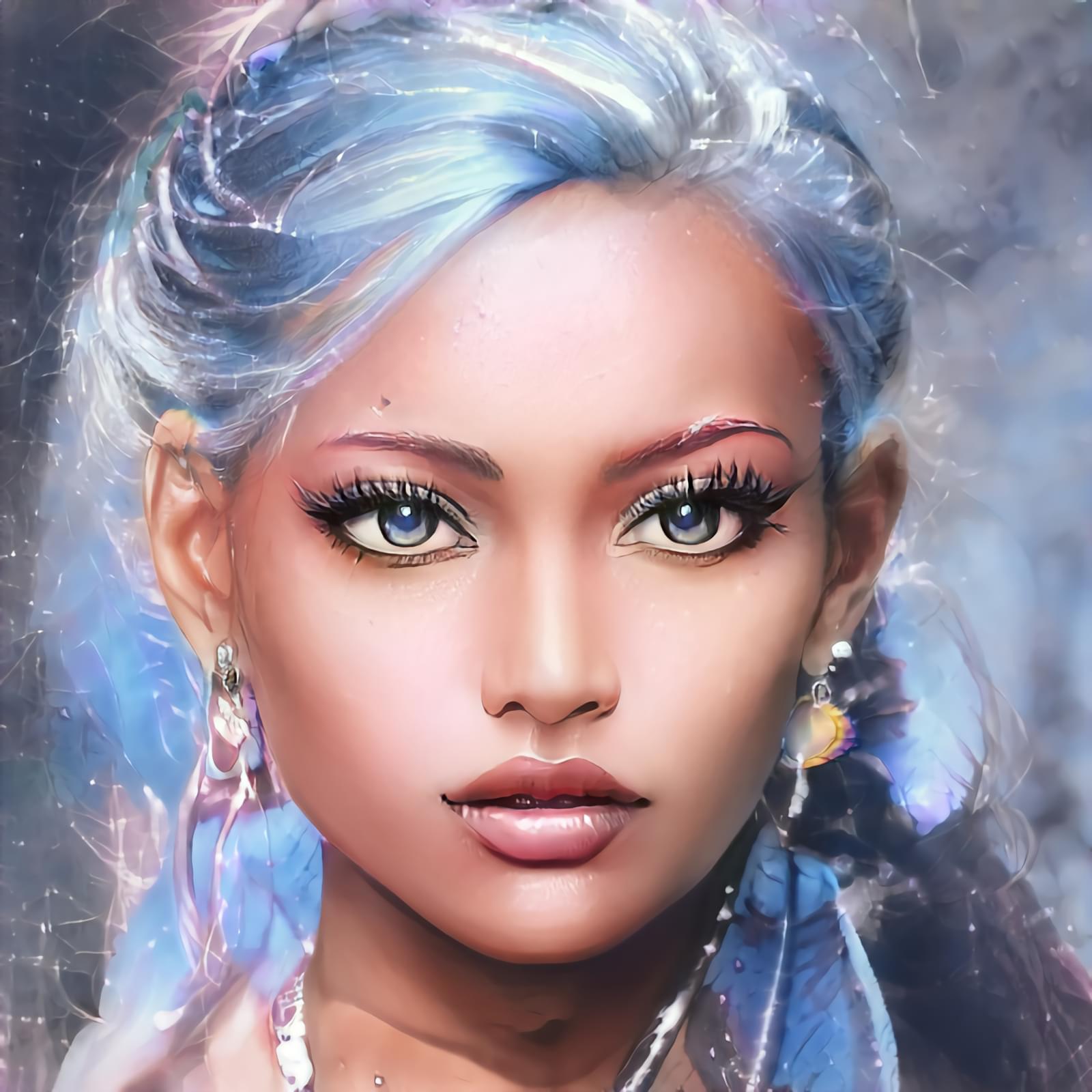 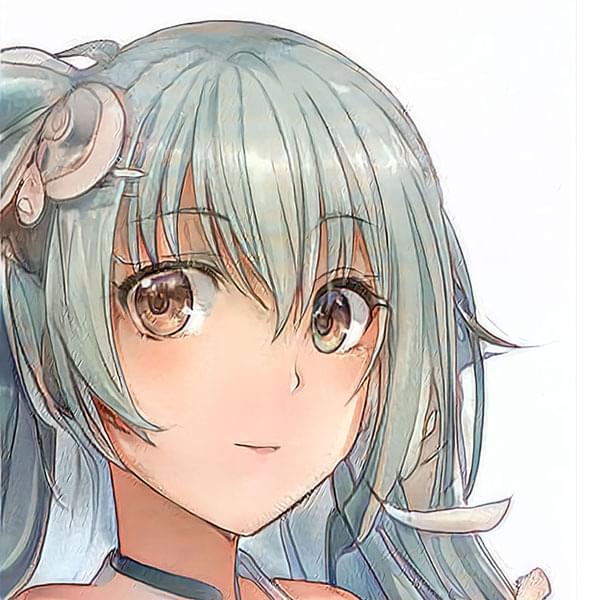 When we think about life on earth in the distant past, we often think of the dinosaurs that ruled the day. However, this new discovery by a team of French and American palaeontologists has revealed that the first humans to live on the planet actually were part of a much more ancient community of early humans than previously known. According to a report in the Daily Mail, the fossils of the so-called “Homo floresiensis” (pronounced “flairs”) have been unearthed in the Altai Mountains of central Asia. They date back around 3.2 million years.
What's more, they show that Homo floresiensis was at least as advanced technologically as our own species. “We didn't know the true population size of our direct ancestors, because it was so small and we didn't have the technology to extract fossils. If we had, we could tell them apart from the living things on the planet today,” says David Siegel, an evolutionary biologist at the University of Arizona and lead author of the study. The research, funded by the National Science Foundation, is detailed today in the journal Science Advances.
The study looked at what evolutionary biologists call “mitochondrial genomes”—the DNA inside cells' organelles. Mitochondria are the battery that stores the energy and genetic information of a cell and provides energy for the cells' many other functions. The researchers had previously found that people living today have two types of mitochondria.
While people living in the Amazon are a mix of these two types, they have two more mitochondria than people living in Europe or the United States, which may help explain why they live longer. While it isn't clear how this relates to longevity, the study points out the importance of mitochondria to health.

Lawrence glanced over his shoulder as he frantically ran through the unfamiliar forest. The loud crash of tree branches breaking and the spine-shivering shrieks reminded him how his discovery that trolls were real was definitely not what he expected. It was amazing just how quickly exuberance morphed into sheer terror, all because he decided to study the reference material in the library. Who would have guessed that his period of research could result in him being chased by a horde of blood-thirsty forest trolls?
The twenty-year-old man ran headlong into a thick oak, and felt himself careening backwards before landing on the damp ground. He rolled into a shielding position covering his head with his arms to protect it from the severe impacts of the falling tree limbs from the large oak tree that was about to topple over.
The cries of the trolls behind him were still steadily getting louder, with the cracking of branches and the thud of large bodies ramming into trees sounding increasingly closer. Cursing, Lawrence rolled away from the large tree in front of him before it had a chance to crush him underneath it. He scrambled to his feet and ran towards a particularly thick looking tree. He glanced back to see the tree that he had just been running from just toppling over. The last thing Lawrence saw of the trolls was the sight of two large bodies being crushed under the tree as it toppled over.
That's just great, Lawrence thought to himself, there is no way out. He was surrounded by denser and taller trees. He knew the trolls must be after him and if he didn't find a way out fast he was certain he was as good as dead. He cussed once again, whipping his head back and forth in search of any hope of survival.

Unedited Cinematic Song
Unedited Piano Song
Unedited Rock Song
The examples above are a small sampling of what's possible using AI technology!
“An Invitation for YOU!”
I am revealing the BEST new AI media strategies in a brand-new, beginner-friendly training. These methods are PERFECT for non-artists or writers, aspiring creators, and even media pros! I'm calling the training, “A.I. Media Magic” and you are in for a treat!
“A.I. Media Magic!”
In this brand-new, 3-Module, game-changing training, I will be sharing...
“The Sky Is the Limit With This Bleeding-Edge A.I. Technology!”
For the next few days, I am offering a special, discounted rate to make
it as easy as possible for you to join me in leveraging this new technology!
TODAY, You Can Get “A.I. Media Magic” for just $197 $97!
(a savings of $100 OFF the regular price)!
Just $197 $97 for a Limited Time!
Your Investment TODAY Includes:
Here Are Details for the Courses Included in the AI Media Bundle:

Secure payments through Paypal...
Go for the AI Media Bundle!